What is the Difference Between a Rat and a Mouse

No matter where you see them and in what situation, seeing a rat or a mouse can be quite a daunting experience. You are loaded with hundreds of questions, “where did it come from? How did it get in? Is there more of them?” But most importantly… “was that a mouse or a rat?” So, we’re going to answer the question, the age-old question, on what is the difference between a rat and a mouse…

We could go into a lot of detail about rats and mice as there are hundreds of different varieties of each. However, when you see a rat in the home, it’s most commonly a Norway rat or a black rat (which are almost identical). If you spot mice in your home they are usually the appropriately named, house mice. So, here’s how to identify which is which: 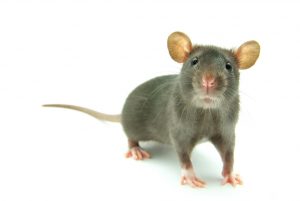 It may seem slightly unnecessary to mention this, but it’s important when looking at the behaviours of the individual animals. Whilst rats are largely cautious rodents, mice are the opposite and can be very curious.

If you were to set a trap, it’s often that it needs to be left unset for several days for a rat to get used to it being there before it investigates further. A mouse however, could be deemed as more naive and much more likely to investigate immediately. If you set a trap and there’s something there the next morning – it’s most likely a mouse.

It might be common knowledge that rats are bigger than mice – but how much bigger? An adult mouse which is fully grown can reach about 3 – 4 inches long with a similar length tail. However, in very rare circumstances a mouse can grow to 5 inches if in the ideal environment.

A rat, however, is much larger, commonly ranging between 9 – 11 inches long with 7-9-inch tails. Rats are also much denser, weighing a large 400 grams for a female and an average of 575 grams for a male. This is more than ten times the weight of a mouse which is a modest 30 grams, or on occasion, 50 grams.

If you haven’t seen the rodent this can be an excellent tell-tale sign of whether it is a rat or a mouse. For those of  squeamish disposition this may not be the best identifier for you, but a rat and mouse dropping can differ hugely.

If you find small, almost rice-sized droppings, then you’re most likely dealing with a mouse. However if the dropping is quite a bit larger than and almost torpedo-shaped at both ends, you are quite possibly dealing with a rat.

Not exactly an identifier, but this is the behavioural term for what a person would call ‘a rat killing a mouse’. There’s a full scientific study on this but essentially, a rat will kill a mouse but a mouse won’t kill a rat.

Rats are natural hunters and predators, they will eat anything that they can get their hands on, especially if it’s dead, and if it’s smaller than them, they will kill it. Mice however, are what’s called opportunistic omnivores. they will eat plants and seeds, as well as small vertebrates and invertebrates. But usually, unless it’s an insect, won’t kill anything.

Hopefully, you can now easily identify a rat and a mouse as easily as you can a cat and a dog. If you’re worried you have either of these invading your home, business or garden – get in touch with us so we can fully diagnose the issue and get it resolved.

What a nice man ! Fast acting pesticide within 4 hours all wasps were gone. He explained all the relevant safety information etc. Don't be ripped off for lots of money call this guy !! Thanks Again xx